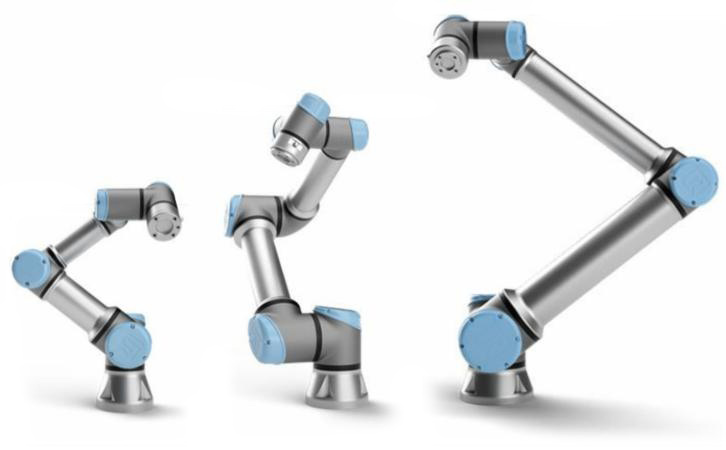 Universal Robots has become a dominant provider of lightweight, robotic manipulators for industry, as well as for scientific research and education. Currently, there is no recommendable ROS driver for the UR robot family.

With the release of Universal Robots new e-Series, the demand for a ROS driver that supports the new manipulators and the newest ROS releases are even higher. The goal of this FTP are to develop a high performing, stable and sustainable interface between UR robots and ROS, that will enable all robot features that can be exploited within the current ROS Industrial driver paradigm.

From June 22th, the driver are released to a global beta-program with more than 30 eager beta-testers – All trying hard to push the limits of the driver, find bugs and help us improve performance.

We are delighted to announce, that we have launched a Universal Robots backed ROS driver!

Robot Operating System (ROS) is widely used within the industrial research and educational field, for exploring robot technology, or for developing advanced systems. Since the beginning of UR, clever minds in the research field have developed 3rd party drivers, enabling the ROS community to communicate with UR robots for various purposes. Impressively, more than 200 different forks of UR-compatible drivers filled up the ROS landscape. However UR has never supported nor developed any of these drivers. Until now!

With so many community developed ROS-drivers in the landscape, it became difficult to find out which fork had the latest features, supported the right version of your UR software, or utilized the UR functionality in the best way. To mitigate these issues, and ensure that a solid driver utilizing all the best feats of the UR was available, we partnered with the German research institute FZI 4 to cooperate on the development of an ROS driver that is backed by UR to ensure its stability and robustness.

The new ROS driver provides a number of key benefits:

The ROS driver is provided through UR’s GitHub account, which allows for open collaboration within the ROS community.
There are two modes of operation for the driver:

Driver enabling ROS operation of UR robots. Contribute to UniversalRobots/Universal_Robots_ROS_Driver development by creating an account on GitHub.

Furthermore, you can check out the two accompanying URCap implementations;

Example implementation of how to use ROS driver on-demand in a URCap. – UniversalRobots/Universal_Robots_ExternalControl_URCap

Utility to forward the UR Tool Communication Interface (RS-485) to a ROS remote PC. – UniversalRobots/Universal_Robots_ToolComm_Forwarder_URCap

@fmauch wrote up a good summary comparing the ur_modern_driver to the new driver:

Hi all, as we received questions around some corners whether the new UR driver developed as part of the ROSin project (https://www.rosin-project.eu/ftp/universal-robots-ros-industrial-driver) is abandoned. I can assure you, that it has not died and in fact will be released soon, hopefully. Currently, there are only one or two minor issues being resolved and there’s still some documentation to write before we will make the code available to the public. We received mainly positive feedback from our c…